I think Brian Williams once drew a beard on my face with Sharpie pen. 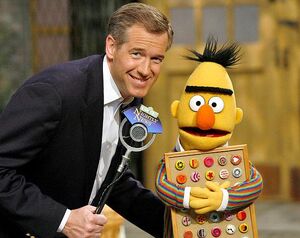 Anchorman. It’s a job title that implies a measure of stability and reliability.

It implies reliability, but in the game that now passes for broadcast journalism in the United States, we can no longer count on that being the case on any channel. Time after time, network after network, we find that the people who we count on to bring us truth are only loosely acquainted with it.

In the latest instance, NBC anchor Brian Williams has admitted that he “made a mistake” about the facts surrounding a helicopter ride he took with members of the US military. On more than one occasion since 2003, when the incident Williams has described didn’t occur, he has described how the helicopter he was in was hit by rocket-propelled grenades and forced down in the desert.

Not surprisingly, when you misremember enough on…